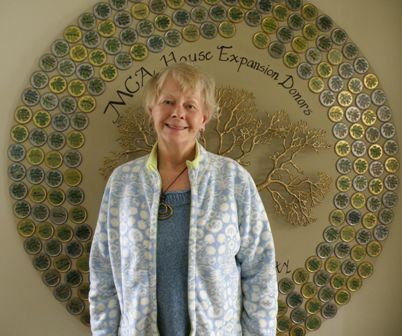 “How can children, without the benefit of at least one older person, grow up to feel that they belong, are part of the continuum of mankind, are part of something larger, and hence become adults responsible for part of that?”

Founded in 1973, Volunteer Grandparents Society was the vision of Marjorie Anderson, nee Walters, a social worker in Vancouver, British Columbia. While manning the phone lines in the Vancouver Crisis Centre she received calls from numbers of families and elderly people who were without the benefits of extended family. She had the innovative idea of addressing this need by establishing a voluntary grand parenting program. Marjorie received an LIP grant in 1973, along with provincial funding, which allowed her to set up as a non-profit society.

Marjorie set up Volunteer Grandparents to bring together people of grandparenting age with children who do not have the immediate presence of grandparents or older adults in their everyday lives. The intention is to create a mutually beneficial relationship which resembles an extended family.